How Do We Measure Transformer Winding Resistance?

How Do We Measure Transformer Winding Resistance? 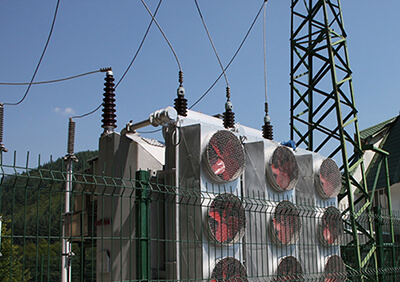 The rotating machine and Transformers are permanently prone to vibrations. Therefore, some problems or defects may occur due to poor design, assembly, overload, poor maintenance, even poor environment around the transformer during operation.

Transformer resistance measurement is an image of the copper length of a given winding, and the quality of the contacts, present on the electrical circuit. On a three-phase transformer, the resistances between similar phases must be relatively identical.

There is usually a tap changer built into the power transformers. These taps allow to increased or decreased the turns number in the main winding of the transformer. These taps changes will be also checked during the winding resistance test.

Measurement of the transformer winding resistance is performed as a test type as well as a routine test to calculate the 𝑅.𝐼2 losses and the winding’s temperature at the end of a temperature rise test.
The purpose of this test is to check the significant differences between windings. Tests can be done also in the field to ensure the safety of the transformer design, to verify loose connections, broken conductor wires, high contact resistance in Tap Changers, high-voltage cables and bushings… etc.