WHY DO WE PERFORM OLTC TEST?

The on-load tap changer (OLTC) is the only moving part in a typical power transformer, it permits tap changing and regulating voltage without affecting the network operation. This frequently movements between transformer taps makes the OLTC components the most vulnerable, which implies regular testing and maintenance.

On the other hand, by using a conventional static winding resistance measurement, it is hard to detect any anomalies during the switching process because of the fast movements of the OTLC’s switches (40-60 ms).

Many mechanical parts are not easily accessible for inspection, and it is recommended to perform additional tests to establish the OLTC condition.

The smart design of WinRes-20 makes more apparent to determine the conclusion of measurements automatically according to users’ decision. WinRes-20 can measure resistance up to 100,000 Ω. The temperature measurement input enables one to connect an optional sensor to WinRes-20 and perform temperature correction automatically.

Before starting the test, and after connecting the test cables, the user has to set the following test and device configurations:

The result will present the test current as a function of time, and the measured resistance in each tap. Starting with the first Tap and so on for the second Tap, after, the third Tap … etc. 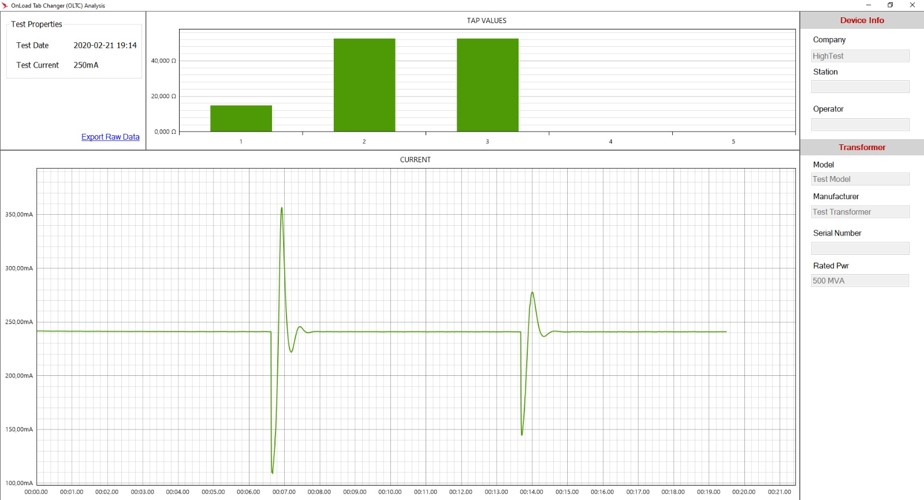